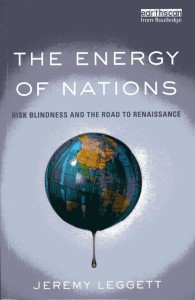 I am trying to get started on some techie problem I want to solve and finding it difficult to start. The result is the blog notes. Recycled Island gave me such hope, yet somehow it does not seem feasible and maybe misdirected. The plan is to collect plastic waste in the Pacific Gyre to build an island of about 10000 square kilometres. The only attempt at explanation of how does not mention how the waste will be collected from up to 15,000,000 square kilometres of plastic polluted ocean. How long will it take? How much energy will be needed for the work? Would the island be tethered or would the gyre keep it in place? What about those super storms and waves that happen from time to time? Surely the effort should first be into stopping plastics getting into the ocean.

I don’t know the estimates of proportions but I think a lot of the plastic waste is already in microscopic particles throughout a considerable depth of water that will be impossible to collect. If one is going to collect stuff from over 15,000,000 km2 it does not seem much more effort to take it for land treatment; maybe we could use huge wind-powered robot-guided barges that have most of their bulk under water to minimize storm damage that could even filter the water of plastic particles that are bigger than plankton in size.